Will React Native Bring A Demise To Native App Development? 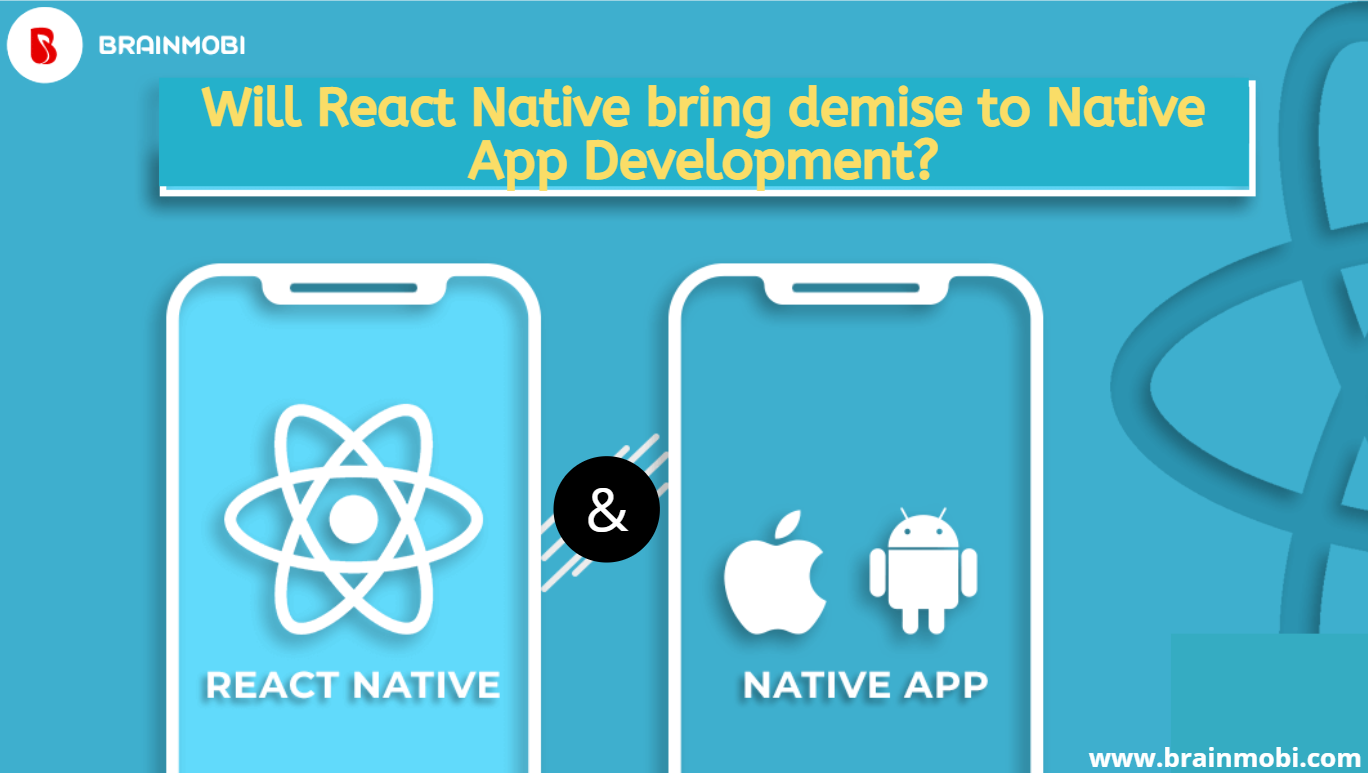 It isn’t just about hybrid applications or just an application wrapper on a mobile website but native applications in general. Pure native applications that stick to your design in the corresponding iOS and Swift or be is Java or Kotlin for Android help implement that they are developed using web technologies like HTML, CSS, and Javascript.

You can always use your existing web development skills which can, in turn, come handy when producing native iOS and Android applications using those skills. This makes it completely possible to help utilize HTML, CSS and Javascript skills in order to develop native Android and iOS applications.

These apps can be amazing on plenty of different levels and some of the common ones like Facebook, Messenger, Instagram, Skype, and Airbnb are developed using the services of the top react native app development company in USA.

What Is React Native?

Facebook was at the brink of facing plenty of problems revolving around redesigning its application and everything. The brink of the problem arose when Facebook was on the lookout for a more robust platform that could handle more amount of traffic and could be designed quickly.

The team of Facebook started working on a Javascript library which came to be known as React.

The best solution was witnessed when React started employing a faster virtual DOM. While React is a library of highly lightweight components that could be injected anywhere, it could also be used with PHP, MySQL, Firebase, MongoDB or any database of your choice.

Considering the fact that react native is the successor of React.JS in the case of react native mobile app development. All the components that React.JS must have observed be it component props, states, Redux, Modals etc are equally a significant part of React Native as well.

In React Native, contrary to Java and Swift code, it does not require you to compile your application and it reloads in the way a website does for web browsers.

This also does not require you to maintain two separate codebases for your application. While your requirements might dictate you getting an Android and iOS in addition to the web, it always requires two separate teams of the corresponding Android or iOS. So if you need to extract the same features for the iOS and Android applications you would require a lot of correspondence between the two teams on grounds of app features, deadlines, delivery, expectations of the client etc.

In order to calculate the GPU performance, Native vs React Native the GPU load was surprisingly found outperformed for react native in comparison to swift by close to 6.25 frames per second.

For other memory tests, the memory footprints of other features were found negligible in comparison to swift as well. So at the peak of its performance, React Native was found capable of using a whopping 61.11 Mb less memory then swift. So while performing the task and recording the measurements, the spike observed in the memory usage was found lower in many deciding situations.

React Native app development lets you maintain a single codebase and the code is capable of producing native android applications along with iOS applications. React Native is, therefore, getting a lot of attention and developers are contributing a lot to the community.

Is this the demise of Native App Development?

Native applications still find scope in various sectors. For plenty of businesses that prefer React Native, while there are others that prefer native code in Kotlin or Swift. This is hence a good variety of options to help choose mobile technologies. Desktop application developers and react native app development company in USA to get a lot of advantages when it comes to choosing the best-suited platform and what can benefit considering the subtle attributes of any project.

So while there are plenty of applications are capable of being developed using Ruby on Rails, Django, PHP, and even Node.js, similar technologies will evolve as per the demands.

The biggest takeaway that React Native offers is that developers can choose to move along with Android development or Swift as the case may be.

Regardless, React Native is growing at a really tremendous pace and if the growth lives up to the pace then sooner or later you shall always be on the bring of finding more react native mobile app in comparison to those using Swift or Kotlin for the development. Keeping this in mind the development of the mobile development ecosystem will help mark a huge shift from the traditional form of mobile application development. It shall grow to a point where client requirements shall be able to absorb react native development or any other emerging or upcoming technologies for corresponding mobile app development.

Google trends are one of the most popular tools which can help understand the interests and choices of the people and recent trends clearly indicate that the growth of React is plummeting amongst the list of react native app development company in USA.