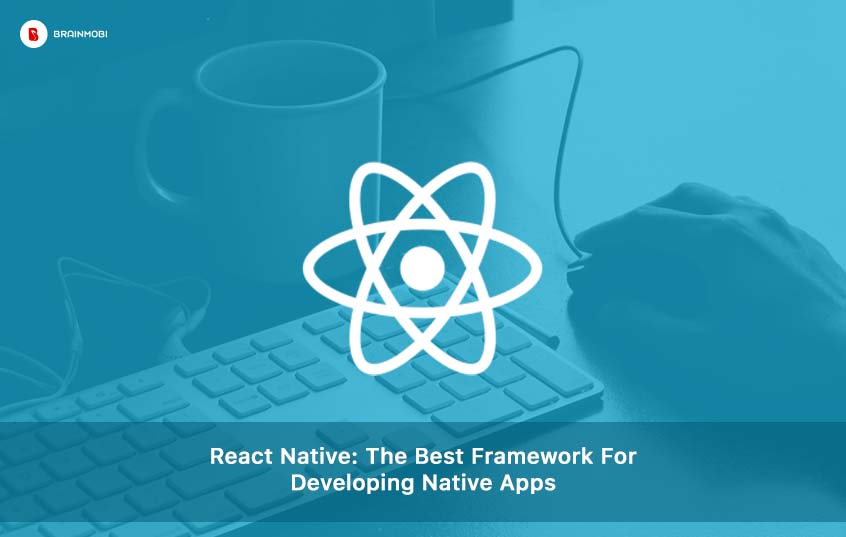 Developed by Facebook in 2013, React Native is also the precursor element for brands like Airbnb, Instagram, Walmart, Tesla, Tencent and plenty more. Considering the success of these labels it can be easily inferred that calling React Native the best framework for building Native apps is not just a mere opinion but a widely accepted fact.

The fast pace of construction and ability to evolve as observed in some of the above-mentioned Companies could be an indication of the fact that React Native has some efficient time conserving qualities. Being one of the Best React Native Development Company let us expand to you a few reasons why react native is one of the best implementation schemes for your app development project.

This could probably the biggest and basic hack that makes react Native the best framework for building native apps. The world as we know consists of two types of people. Android Users and iOS users. React native enables coders and developers to import and reuse the same code for both platforms and hence allows hybrid apps to render natively on both platforms. This is a great boon for the leader as he is relieved of the task of executing the labour of rewriting the same code twice.

This can be attributed to its Open Source feature. This means anyone can contribute, offer or borrow to its functionality. Constant input and contribution from young and experienced Developers brings out healthy conflicts and in turn just brings out the best amongst all trails.This Open Source feature played a crucial role as it builds up a community which in turn contributes to best quality in terms of coming across the smartest code.

Besides this there are some subtle features which make React Native Developer friendly too:

UI is a priority

UI’s constructed with React Native have a smoother and fluid feel which is a necessary requirement in most apps these days. This gives it the feature of javascript library besides being a framework. The secret of this smartness could also lie in the fact that React Native utilizes the Graphics Processing unit besides just the Central Process Unit.

In the coding community React Native has a “modular” and “intuitive” interface similar to that of react. In simple terms, people who build smart and intuitive UI interface for normal people are already gifted with an interface that can match their standards. This enables a smooth and super efficient atmosphere in the work culture when it comes to understanding logic and building appropriate testing scenarios.

BrainMobi4 has a dedicated team of certified developers for iOS and Android. Along with that, they have a team of skilled professionals including analysts specializes in creating prototypes and providing solutions, designers specializes in UI/UX design. As one of the best mobile application development company we prioritize in using agile scrum methodology for developing mobile apps. Send an email to sales@brainmobi.com .