According to a survey by the renowned QA website for developers, StackOverflow, AngularJS ranks second in the most popular frameworks of 2017. The metrics point out to the popularity as well as the efficiency of the framework. Published under MIT license, it is free and open-source. It supports both, one-way, as well as two-way data binding. What makes it super-fast is its dependencies. Less dependencies results in less extra scripts which the developers need to include, which in turn results in faster load times and less development overhead. 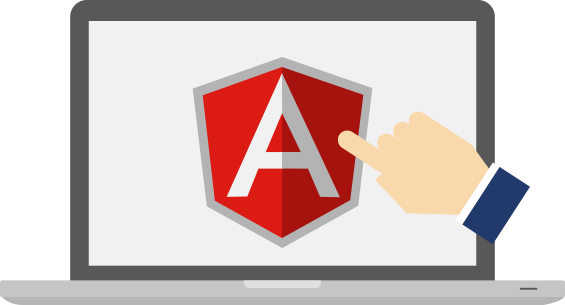 AngularJS supports routing and deep linking. This is very important for the kind of user experience you would want for your one-page app.

Since it uses less dependencies, the load time as well as the development overhead decreases significantly. Less overhead results in less development costs.

Backed by Google, you can rest assured that the quality of the web apps developed using AngularJS would be unmatched and far superior than normal scripted web apps.