According to a latest report by from market intelligence firm, Newzoo, mobile games market has reached USD 137.9 and will account for nearly $70 billion by the end of 2018. Even though it has a smaller share of the mobile game market, iOS games are generally less likely to be fake. Most iOS app are great at quality and design, and are preferred over games built for other platforms due to this very factor. Gaming on iOS is supported with the great processors iPhones and iPads come with. Moreover, AR games run a lot better on iOS devices since their camera is far superior than other devices.

BrainMobi is a top iOS game development company that makes games which have the power to grasp the attention of users for a long time. The iOS games we develop come with creative designs and aesthetically soothing UI. We provide the top level iOS game development services in the industry. 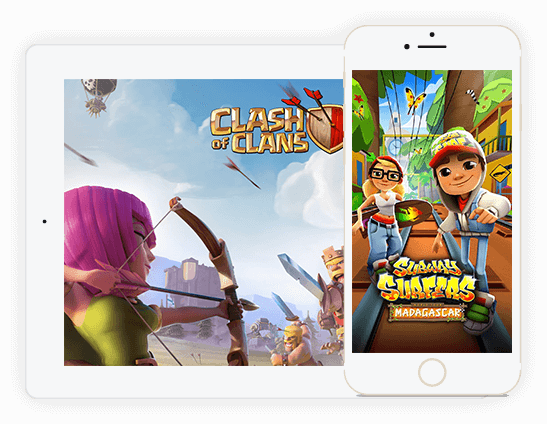 iOS devices come with a powerful hardware. With fast processors and best-in-class camera, gaming on iOS devices is a totally different experience.

Unlike Android, the number of fake apps available on iOS is a lot less. This saves you from a lot of unnecessary competition.

Graphics so captivating, you won’t miss out on a single user! We believe in making the quality of graphics great so that your users appreciate your game better.

AR apps require a powerful processor and a good camera, both of which can be seen in iOS devices. This makes the AR experience on iOS devices better.