Developed by a designer and developer from Twitter, Bootstrap is a free and open-source front-end web framework used to design websites and web apps. It was initially released in August 2011, and has been becoming increasingly popular ever since. Being highly responsive and mobile-first, Bootstrap is the choice for many developers. The sheer number of resources that you can access for Bootstrap is overwhelming. It is highly easy to use and is hence a choice for all(beginners as well as experienced developers). 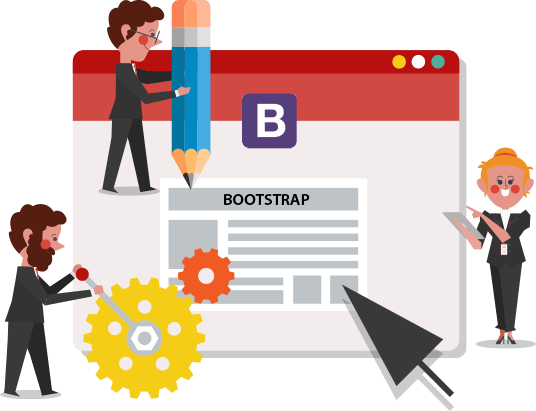 Bootstrap allows you to make your website highly responsive with a fluid grid layout that makes your website mobile-ready right from the beginning.

Bootstrap reduces the workload on the developers. This helps in reducing the time spent on development and hence your development costs.

Bootstrap helps in making websites with great consistency. The users of your website would totally love how consistent your website is.

Being feature-rich, Bootstrap offers a number of advantages to users including pre-styled components. This reduces the development time and hence your development costs.

Why Select BrainMobi For Your
Application Development Services?