What Makes Flutter A Standout Compared To Others 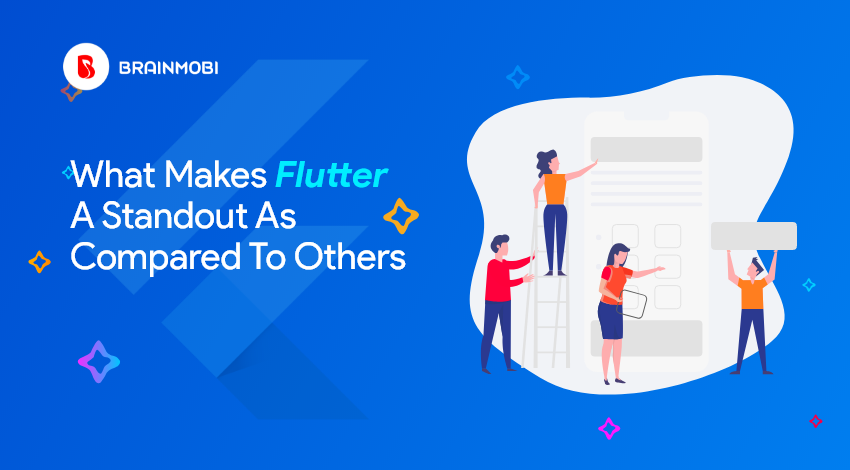 Write once, run anywhere is the code of application development every app developer seeks and every development platform claims. A single codebase for both Android and iOS without much of a performance issue are some standards that every cross platform approach demands. While platforms have made a lot of advancements but are yet to catch up fully to the above standards.

While native applications have their own requirement for separate team with own specific skills, cross platform requires just one team but incurs the burden of performance issues. What follows is the addition burden on the mobile platform and the more resources that support it. Execution speed then faces problems as the code size accumulates and grows.

In such a scenario lets see how the recently formed Flutter addresses the issues for any app development company:

Best possible performance on all platforms is delivered when an application is developed using the native code. After this the code is optimized specifically to take advantage of the platforms features.
This approach however has its own drawbacks and each platform you wish to run your application on requires developing a separate application and duplicating the efforts. Similar duplication takes place with the QA and maintenance cycles involved.

Google introduced its very own clean-sheet for designing for cross platform development approach. Flutter apps are written in Google development language Dart and makes use of the more advanced features associated with the language. Dart is very similar to java and hence helps existing java developers to easily come in terms to its methods. This way it is more easy and powerful than JavaScript on some occasions besides being lightweight.
Flutter stands as an open source SDK with which you can create superior quality apps for android and iOS with the help of a single code base. It is mostly optimized to achieve fast rendering and complex animations thereby making the UI coding easier than it would have been for native development code. On top of which the architecture is optimized for the need of vector graphics animation. Animations within Flutter can easily achieve a speed of 120 fps. Google’s next generation OS Fuchsia is mostly supported by flutter and is due to support Android and iOS.

Google has taken the effort to assign considerable resources to the Flutter ecosystem which results in an extremely stable framework. The framework being recent has proved to be more stable than react native on many occasions, though lags on a few points when it comes to maturity. This can be owed to Google’s long-term commitment to Flutter with respect to Fuchsia and the OS roadmap that follows.