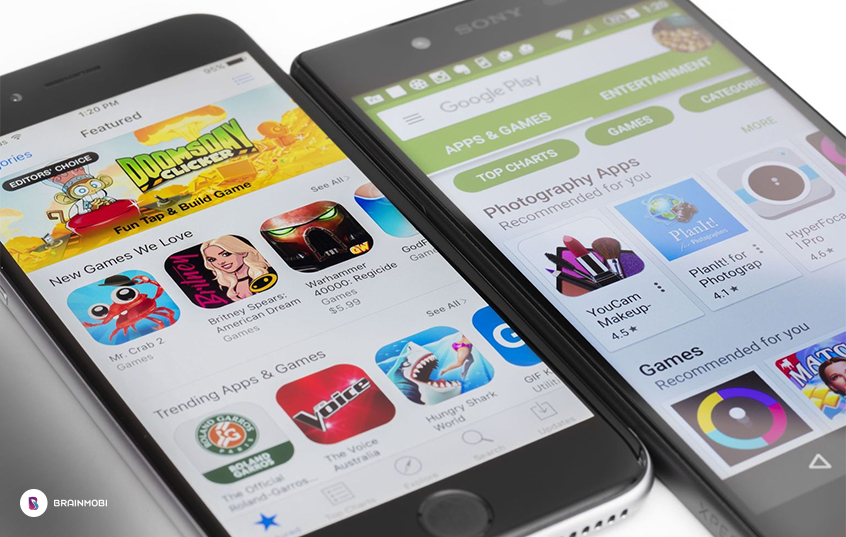 Fans would certainly favor one OS over the other. Me? My loyalties lie with Android but I have nothing against iOS. Not much anyway. Oh alright! I’ll keep this one neutral!

Android vs iOS has been a debate which dates back to the creation of the universe itself. People have expressed their views on the issue, often turning debates into heated arguments, but it hasn’t been decided with a great deal of certainty as to which one would be crowned as the winner. It is worth mentioning here that there used to be a time when these arguments were useless since Android was clearly an underdog. Things have changed now so we would be taking a few grounds to judge them on. Let’s hit it!

Customisability
Unless you are willing to take extreme measures, there isn’t much that you can do to customise your iOS device. Android, on the other hand, is almost completely customisable. Based on Linux, and being open source, Android lets the users get creative and make something really good out of it. Apple, however, doesn’t allow the users to play around with the OS much. Only through rather extreme actions can you customise it beyond the basic level. You saw this coming, didn’t you? No Android vs iOS discussion ever misses out the fact that Android is way more customisable than iOS.

One Size Fits All
One size fits all is a concept which is far from achievable in the case of Android since there are so many devices that use the OS, and all of those devices have different screen sizes making it difficult to use the same code over all of the devices. For example, if you were to design a form in Android, you would probably avoid crowding it up since it would look a lot more crowded when viewed on a device which has a smaller screen than the device you okayed it on. But this decision of yours might end up making the display less impressive for the people using the app on a larger screen(like tablets).

Design Guidelines
Some basic guidelines are needed by the developers to ensure that the designs are made in a certain way which is consistent with all the apps. While the overall design of the apps would be different, there would be a proper theme and scheme associated with the apps. Design guidelines are defined well in Android with supporting documentation and guidance for it. But when it comes to iOS, these guidelines aren’t defined remotely as well as they are defined in the case of Android. This makes things a wee bit more difficult for the Android developers since they have to keep up with the design guidelines since they are out in the plain sight.

Publishing Apps
The process of publishing apps is pretty different in the two. On Google Play Store, all you have to do is simply log in, pay the amount, upload your APK, and you’re good to go for a lifetime! On Apple App Store, on the other hand, you would have to pay $99 every year to continue having your app on the App Store. Outrageous, right? There’s more. Apple regulates which apps make it to the App Store. Real-life humans test your app and reject most of the apps. So, effectively, your app reaches the audiences in a couple of days in case of iOS. In case of Android, this time is reduced to just a few hours. Since I said that I would be neutral in my stand, I believe I should mention that this is a necessary step in ensuring that users only get the best apps. Apple filters the noise rather well.

BrainMobi is a leading mobile app development company developing both Android as well as iOS apps which the users love dearly. Our team loves both the operating systems and works on both of them without any biases. Contact us at sales@brainmobi.com to get a free quote on your awesome idea!

Let us know in the comments below if you have a bias. Also, let us know why your bias is your bias.