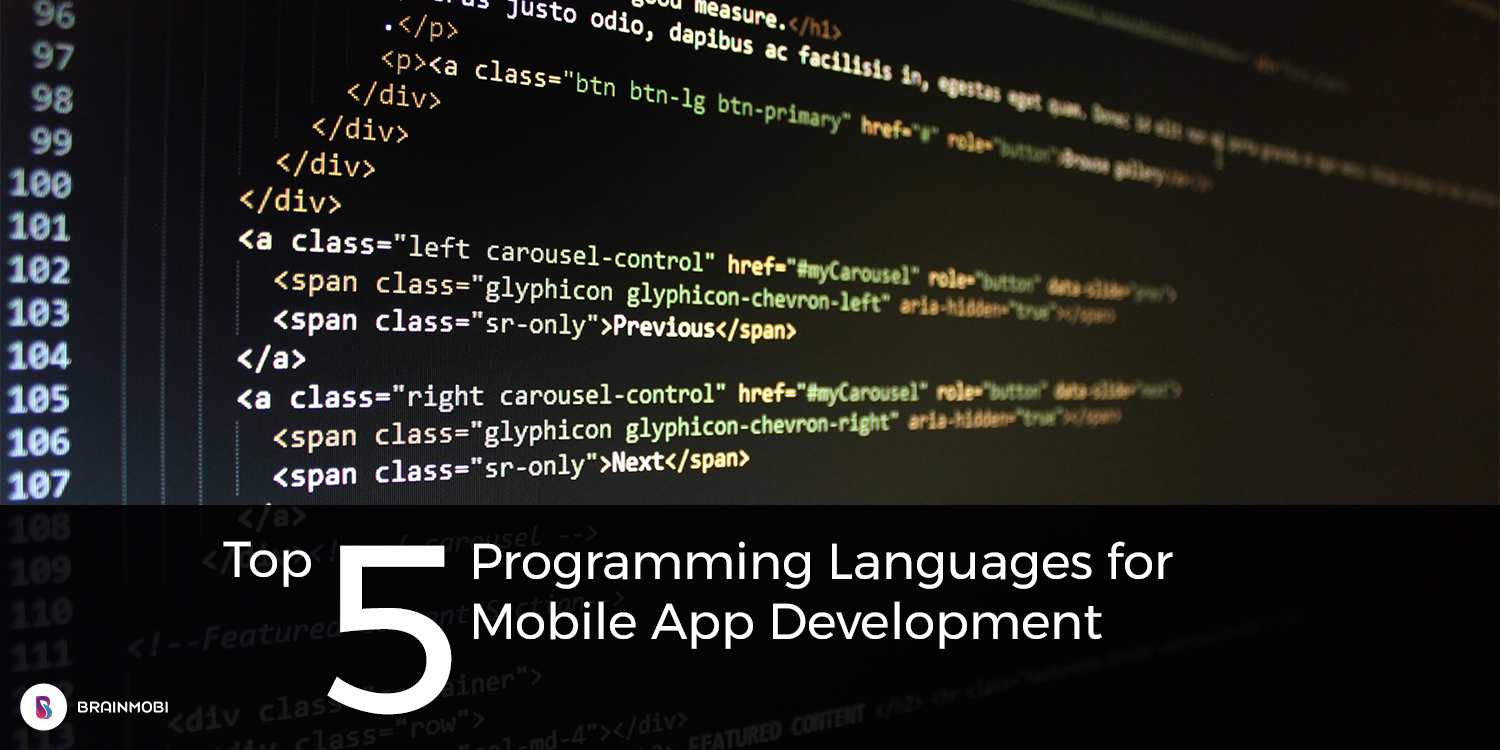 In the last five years, the number of mobile app development companies and languages used to develop mobile apps have increased in in leaps and bounds, changing the way businesses function worldwide. Enterprises and Entrepreneurs are aligning mobile solutions to raise productivity and break the monotony of regular customer service with a high-end mobile solution available across various platforms. This poses a great challenge for business owners to bring the idea alive on all device to cover a maximum number of users. Now, the question arises how to get this done when there are multiple numbers of devices and even greater number of technologies to choose from. Thankfully, mobile app developers worldwide keep introducing new technologies and languages to cope up with the situation and make it easier to handle. The guide below will help you choose the right mobile app development coding language. By the end of this guide, you will have one thing absolutely clear in your mind – what language you will use for your app development project:

Many believe that the language will be one of the most used languages and has all the potential to reshape the future.

Released in June 2014 by Apple, Swift has gained immense popularity across all the possible realms of the iOS mobile app and Web development. With latest framework and libraries, the tool becomes the primary choice for developers which allows to code with Objective C. The language forays into the apple ecosystem with efficient APIs, Cocoa and Cocoa Touch. Apple has been ingraining all the possibilities to reduce all the scope for vulnerabilities associated with Objective C. There are so many other attractions when the language is used for coding cutting-edge mobile apps.

According to TNW, Swift is one of the fastest-growing languages. Google is also considering to include Swift as their official language for coding Android apps and if the prediction is true, the demand for Swift developers will skyrocket than any other popular language.

Meanwhile. the language is used to code iOS and Apple web for all the available platforms but since it’s open source and available for use. It will be beneficial for those who pick up the language early in time.

JavaScript is one of the third most popular languages used world wide to create application up above client could imagine. When used in combination with HTML, the amalgamation becomes more powerful and has greater benefits for mobile apps.Both are religiously used by developers to create different types of application including games.

HTML is one of the most prominent languages when it comes to web development. With simpler ways to insert complex data types, HTML is a preferred choice of top web developers. Whereas JavaScript is popular to be used on multiple platforms.

HyperText Preprocessor (PHP) is an open source server side scripting language developed by Zend technologies in 1995. Initially, the language was used for building websites but now it’s used for general purpose programming.

server side scripting, command line scripting and for coding applications. Using PHP, the app can be used to write complete Android, iOS, and windows apps.  According to many statistics like Jobs Tractor, PHP is the most popular programming language. The percentage of developers located worldwide that use PHP language is 78.6%.  It ensures that the language can easily be considered for building your next app.

C# is known as C Sharp. It is a multi-paradigm programming language, which is object and component oriented. It’s a general-purpose programming language developed by Microsoft. Appeared first in 2000, C# is developed and introduced by Microsoft as Swift was introduced by Apple and both share a common characteristic to rule the world of mobile app development in coming years. Developer Economics Survey states, 38% mobile developers use C# for part of their work while 16% use C# as the main language.

BuildFire.JS leverages the BuildFire SDK and Javascript to allow developers to rapidly build mobile apps with the power of the BuildFire SDK & BuildFire backend along with JavaScript seems to be a great combination by top mobile app developers worldwide to develop apps. BuildFire.JS was built to have a flexible architecture to give developers the option to utilize any client-side Javascript framework they like including: jQuery, Angular, React, Underscore and many more.

With BuildFire already having plugins that cover 70% or more of the common business use cases, developers only need to build specific functionality that’s unique to the client, rather than build the whole thing from scratch. This helps a development team to prepare mobile apps in less time and labour.

At BrainMobi, our professional developers are experienced to perfectly match the compatibility of a language with the theme of the mobile app.

Which language out of these is your favourite? Mention in the comment section below.