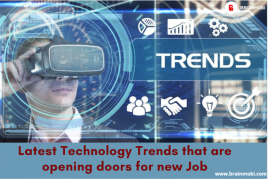 Latest Technology Trends That Are Opening Doors For New Jobs

With the kind of emerging disruptive technologies that have witnessed over the years, Indian economy has witnessed a major shift in the IT… Read More