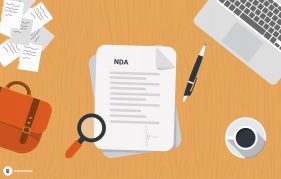 Why is NDA a Crucial Part of Mobile App Development?