What Makes Kotlin a Better Programming Paradigm than Java ? 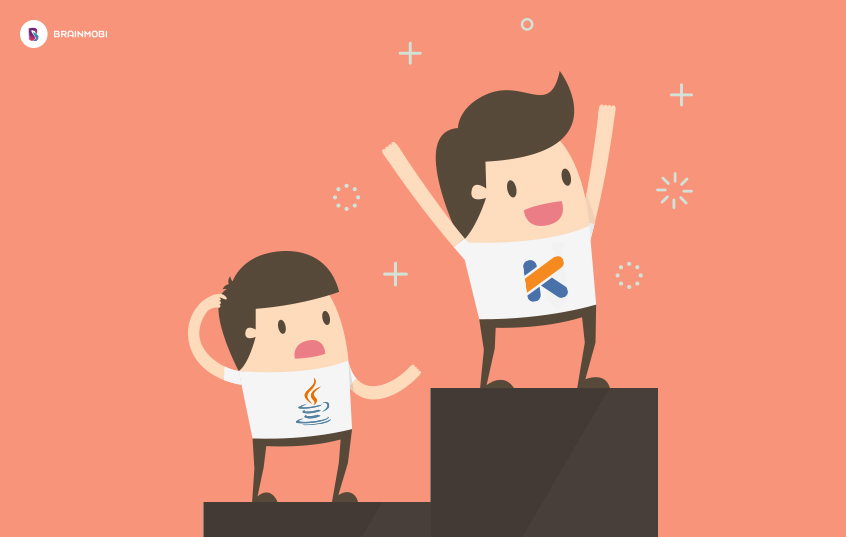 In continuation to our blog Kotlin – The Latest Powerful Language to Streamline Android App Development, this second edition mainly focus on the points which are driving world wide top Android developers to go frenzy over Kotlin, the statically typed programming language backed by JetBrains. After Google announced it as the official first class language, Android developers are keen to know what makes it a better option over one of the most popular languages in the history of programming.

Top Android developers have passed on their judgement with a positive note after observing the differences in Kotlin which add a breath of freshness to Java. With several superhit formulas, Kotlin has gained a lot traction with the help of design to tackle more inherent issues. For instance, Kotlin standard library comprises of functions like string.replace, collection.find and collection.filterNotNull which are seldom provided in general purpose programming languages like Swift and Java. Kotlin offers more than such a few changes that improve the process of Android development and overall app performance, including:

Kotlin was officially released in 2012 by JetBrains, The biggest IDE manufacturer in the world. The same folks who created some of the most popular integrated design environments (IDEs) used worldwide, so its background comes from mobile industry pros who were looking to solve specific problems.

In IntelliJ or Android Studio, converting Java files to Kotlin just requires installing the Kotlin plugin, adding it to the Gradle build files and clicking convert. There is no need to convert existing code into Kotlin as it is completely interchangeable with Java. Java can call Kotlin and vice-versa. Developers can write new modules in Kotlin that will work alongside existing Java code. It’s compatible with all existing Java libraries and frameworks, the JVM (Java Virtual Machine) and can integrate with the Gradle or Maven build systems.

These functions help in building really clean APIs and solve a bunch of other problems. Such functions lead to concise and less complex coding which eventually saves time, labour and money.

One of the most common reasons for a crash in our apps has been the NullPointerExceptions. Nullability problems have been a common issue in Java and Android uses null quite a bit to represent the absence of a value. Basically, having a null point exception can kill an app. Kotlin solves this by having null right in its type system, not forcing developers to use some kind of workaround.

Java isn’t known for being the most succinct language and when you’re programming for Android and using a bunch of common idioms, the verbose code can lead to more chances for bugs. Top Android developers prefer to follow less code, fewer bugs policy for optimal time investment. When you’re able to write less code with a language that’s more concise, there are fewer opportunities for errors, and it’s less tedious for developers. More readability and easy to understand features helps top Android app developers to write precise codes and avoids complexity.

The Anko library is a Kotlin source file that eliminates a few XML-related headaches, too. With plenty of resources from blogs to Github, developers have great options to explore over 2000 Kotlin projects, with everything from frameworks to build systems to libraries.

All the above factors lead to less complex coding practice and hence offers great flexibility to understand and use across complex functionalities. Kotlin is more readable and definitely provides a gist of the code and purpose behind the lines.

Each set of programming paradigm has its own set of pros and cons. Combining the power of both functional and procedural programming leads to better development and output. With a list of weaknesses and strength from both the languages, Kotlin offers inexpensive and intuitive coding style.

As the name behind Kotlin is known for developing the best IDE’s in the world, you need to worry about the offered support system.Â The team has developed world’s most used IDEs. While developing Kotlin, the team has considered all the potholes to drastically evolve the programming paradigm that has been ruling the world for decades.

Are you looking forward to convert your code into Kotlin? Consult Top Android app developers at BrainMobi. The team is known for spontaneity and up to the mark skillsets to convert any functionality into reality. Get your project started with us available great discount on world class services.

Pour in your development related queries for us: sales@brainmobi.com