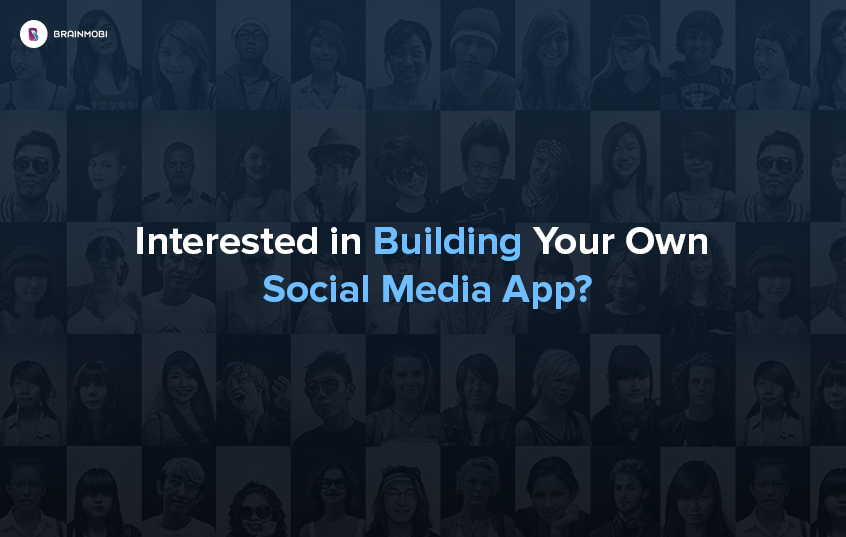 Social media apps have been an emblem of promising success for years now. With continuous growth in usage, the social media apps have also witnessed some major evolution throughout the years. From Facebook to Twitter and many other aspiring apps which are under processing to become a social networking star, evolving every day to conquer the market with their innovation streak and user centric features. Pertaining to which, the bandwagon of social media apps continues to pose a number of challenges for developers to work with expertise that helps match pace with well renowned social media apps like Facebook, Snapchat or Instagram.

Social Media Apps are the remark of promising success. Get started to build yours !! with BrainMobi

At BrainMobi, our team of mobile experts understand the advent of social media apps on market and user perspective behind accessing a social media app. Keeping in mind, our team deals with the pin point areas which help cope up to offer the required standard of services to host the adverse user involvement with social media.

On the basis of following phases of development, our top app developers evolve an idea and transform it into a successful social media app :

Each phase poses an equal number of challenges while battling the mayhem to ingrain excellence across each detail. Our development team comprises of experts from different domain to offer well-rounded services to roll the idea towards successful completion.