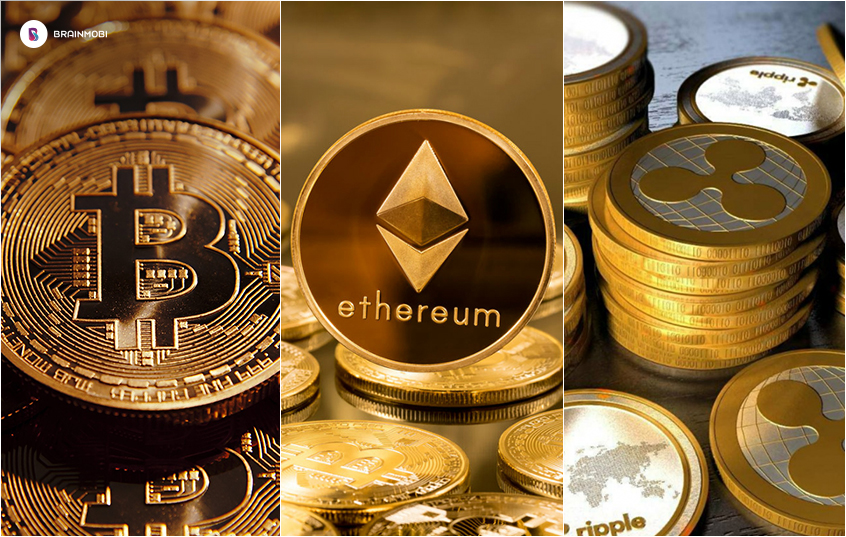 While January saw a lot of people bailing out due to the decreasing prices of Bitcoins and many altcoins, many of us still HODL our cryptos close to us. The crypto markets have seen abrupt highs and lows over the last couple of years, so the lows don’t scare me. It did scare quite a lot of people who sold their cryptos recently since they were afraid they’d lose out on all of their money. If you’re planning to sell your cryptos or are planning to get into it now, here’s a word of advice that is as important to investing in cryptos as water is to your body:

Once this is clear, you wouldn’t fear the lows because you know that you would see highs sooner or later. That’s how things go when you invest in cryptos. It is a highly unpredictable and volatile market so you need some research and patience, but that’s all you need.

Anyway, this isn’t “Crypto Investment 101”, this is “Investment Assessment: Bitcoin vs Ethereum vs Ripple” so I’ll start off with discussing the three.

So What Are Bitcoin, Ethereum, and Ripple?

Bitcoin is a worldwide payment system. It is a decentralized digital currency, ie, it works without a single administrator or a central bank. Being the first cryptocurrency, it is the most famous one. Most of the famous celebrities you’ve seen in the news have bought Bitcoins. The main idea behind it was to have an alternate currency.

And then there’s Ripple. It is against everything that cryptocurrencies stand for. While Bitcoin and other cryptocurrencies are decentralized with no single administrator behind it, Ripple is run by a company of the same name. The company can end Ripple whenever they want and you can’t do anything about it. Moreover, Bitcoins are dispersed while Ripple owns 60% of XRP tokens. Another huge difference in Ripple is that it has 100 billion pre-mined coins. As you can see I’m not too fond of Ripple.

Which Ones Are Good For Investment?

I’ve been repeatedly asked this question and all I can say is that go for the one you wish to trust. I have faith in Bitcoin, so I’ve invested in Bitcoin. I’ve also invested in Ethereum but that’s quite a less amount of money, so I wouldn’t consider that as a full-fledged investment.

Based on their performance in the past, you can see how profitable each of them has been. Bitcoin rose over 1500% last year while Ethereum rose by a significant amount. Ripple recently beat Ethereum at market cap, which is quite a big achievement. A few friends of mine sold their XRPs off at that time and made thousands off of it.

So if I were to suggest you which coins to go for only for investment purpose, I would ask you to invest in all three. Buy Ethereum using 50% of the money that you set aside for investment (quick reminder: you should be able to AFFORD TO LOSE THIS MONEY!). With the remaining 50%, buy Bitcoin using 30% of it, and Ripple using 20% of it.

The reason behind this split is the fact that Ethereum is one of the big three cryptos (Bitcoin, Litecoin, and Ethereum) and perhaps the fastest one of them. Hence keeping Ethereum is profitable. Moreover, you can use Ethereum on exchanges to buy the altcoins which you trust. Honestly, you could use Bitcoins for buying altcoins as well but since the market changes quickly, and Bitcoins take hours to transfer, you would miss out on great spontaneous opportunities. Hence, the best option you have is Ethereum.

On the second position, I ask you to buy Bitcoin since I still believe in it, and I’m sure there are many who do. While it seems that the bubble has burst, there would be another big wave and you really wouldn’t want to miss out on riding on that one.

Lastly, buy some Ripple. While it is everything cryptos are against, from an investment point of view, Ripple is quite an investment. If you’re afraid that the company would discontinue XRP, you could always sell it when it’s high.

So there you have it. I’ve compared the three as briefly as possible for the busy investors out there. If you’d like to know more, reach out to me on Twitter. And if you’re really serious about investing and have a sizeable amount of money you can invest, go ahead and get a crypto app developed. BrainMobi is a leading mobile app development company, so no matter what your crypto need is, we can build it. Send us your requirements at sales@brainmobi.com to be blown away by a world of new opportunities!