Why Node.Js Is The Best Framework For Developing eCommerce Applications? 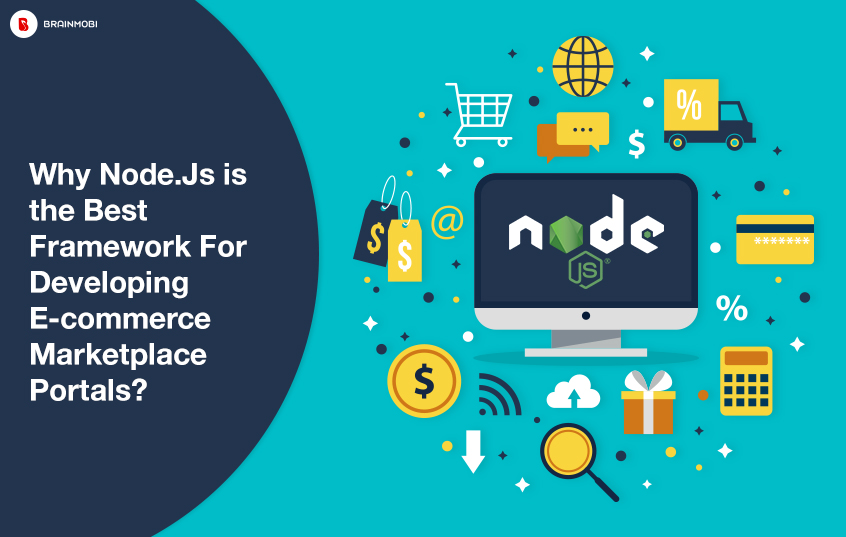 Node.Js is an open source server side runtime environment built using chrome’s JavaScript V8 engine. It was built mainly with the intention of achieving fast and scalable network applications. It is known for its fundamental focus on quick delivery of prototypes and to verify the concepts underlying a startups business and node.js helps building this. When it comes to building a killer startup which is scalable both in terms of business model and technology, Node.Js has been the go to framework in many cases. It is especially very hand when it comes to building e-commerce website. As one of the top node.js application development company first of all let us outline to you a few case studies where the framework proved to be a champion.

Power of Node.JS Behind Famous Applications

As of 2015 paypal has registered 184 million active users and is enables them to transact over 100 currencies at a very convenient fast rate.
At the same time it was achieved using 33% fewer lines of code and 40% fewer files using even lesser number of people and lesser time in comparison to the previous java applications.

Available in 190 countries, as of april 2016 Netflix amassed 81 million subscribers worldwide. The entire user interface is built using Node. Node provided its lightweight, modular and fast application attributes and its implementation resulted in reducing the startup time of the website by 70% compared to the previous rate.

Uber has a massive matching system build using Node.JS and is one of the first few companies to put Node.JS into full production. Inside uber programs can be inspected and errors can be addressed and acted upon without requiring an application restart. The active open source community constantly push and deploy new code and hence continuously optimize technology.

By the end of March 2015, Groupon featured more than 450,000 deals daily to its 48.1 million global users. Since its switch from Ruby on Rails to Node.JS, groupon has made its web pages faster by 50% and are also able to serve a higher amount of traffic. This also assists in making site-wide feature and design changes more quicker than the one in the previous architecture.

When it comes to getting the crucial features of any e-commerce website, here are a few ways how Node.JS can improvise.

The non-blocking I/O model makes it clean and usable and is the ideal choice for any data-intensive, real-time applications whose performance environments might vary. It empowers, real-time web application by adopting push technology as against websockets to build server-side web applications with two-way channel which is the client and server separately.

The V8 engine developed by google uses the javascript into the native machine code and operates it at super speeds. The liability of forming multiple threads is removed and the single thread which is the event loop handles the asynchronous I/O operations. This enables organizations to create quick and robust solutions that can tackle parallel connections with increased vigilance.

Older methods considered HTTP request and response as two separate events but from the perspective of Node.JS they go as data streams. This comes very handy in sketching out entertainment apps as files can be processed simultaneously while uploading and reduces overall processing duration when data comes in such similar streams.

Low-level sockets and protocols are major concern for several developers. Node.JS resolves this using its event-driven architecture which carters to the needs of both client-side and server-side that are written in javascript and thus makes the synchronization process fast and orderly. This makes it a clear choice for chat applications and entertainment streaming devices.

As one of the top mobile application development company, we at Brainmobi know the core application strengths of each and every technology in the picture. The above mentioned advantages are the smartest factors your e-commerce website can implement to be a league ahead of the rest. Our smart and experienced base of developers can bring the best of the node.js framework to help you improvise with every small issue you want to address. If you have the idea for a mobile application feel free to write to us at sales@brainmobi.com .