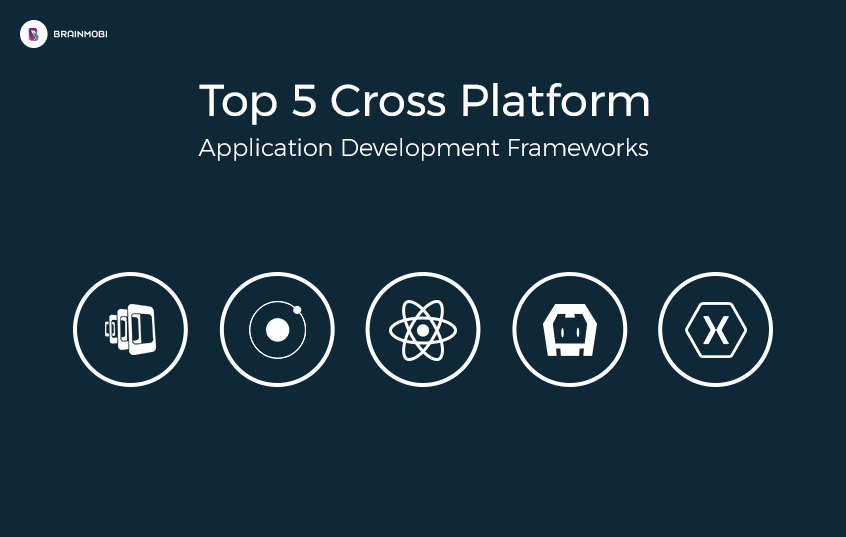 “Android. No iOS. Windows? Argh!” Let’s face it, choosing the right platform to release your app on is difficult, so why not release it on multiple platforms to free yourself of the choice?

Cross-platform application development frameworks have made it a lot easier for developers to build apps for multiple platforms without spending a lot of energy writing the code for the same functionalities on every platform. What these frameworks do is that they allow you to write down a piece of code and then reuse the piece of code on many other platforms. Since the individual platforms have some parts which differ highly, the developers would have to code them. But the thing that makes these frameworks such a lucrative option is the fact they allow the users to reuse about 70% of the code. Moreover, it reduces the cost of development(in terms of money as well as time) by a huge factor!

With so many options in the market, it becomes difficult to choose one framework that fits your needs. To set you free from this confusion, I present before thee, the Top 5 Cross-Platform Application Development Frameworks(or at least according to me):

1. PhoneGap: I would have done a great deal of injustice to cross-platform application development frameworks if I didn’t mention PhoneGap in the first place. Most frameworks support a few platforms, and then there’s PhoneGap. It supports 8 mobile app development platforms(Android, iOS, Windows, BlackBerry, Symbian, Bada, WebOS, and Tizen). Moreover, it lets you access native APIs so that the app can make the best use of the various functionalities the device has to offer.

2. Ionic: If you’re a JavaScript developer, you would blend in real quick, even though there isn’t any special interface builder in the IDE. It has an awesome getting started guide which would help you get going in no time at all(even if you aren’t a JavaScript developer). They are proud of the UI of their apps, which is something they should be since their apps look great, totally out of the box. Different components of Ionic come with predefined styling so that all elements would have a native look and feel. Hence making a good-looking prototype takes lesser time.

3. React Native: Do you have an Android device or an iOS device?(others triggered?) Most of the people either have an Android device or an iOS device. In fact, when their audiences are combined, they own more than 90% of the mobile OS market worldwide. React Native only covers iOS and Android. In fact, initially React Native was built by Facebook for iOS but the fact that it covers just Android and iOS doesn’t reduce its usefulness because as I previously mentioned, these two operating systems own more than 90% of the market. Among the many benefits of using React Native lie my favorites, which are: applying React Native’s UI components to existing app codes,

4. Cordova: Formerly known as PhoneGap(which was the first framework we covered), Cordova builds native mobile apps using CSS, JavaScript, and HTML5. Honestly, its market is almost at its end, but if you’re a developer working on these for years, you develop a different kind of affection for them. Maybe my case is the same, but you wouldn’t know unless you try. And Cordova is something you would pick up in a few weeks tops.

5. Xamarin: Are you a C# or a .NET developer? Congratulations! You’ll feel at home with Xamarin in no time. Even if you’re not such a developer, you would need a considerably less amount of time to learn Xamarin since it is relatively easy. Moreover, it welcomes the differences between Android and iOS with open arms, ie, it doesn’t enforce commonality where there isn’t any. Many other frameworks do this, and it throws the UI out of alignment.