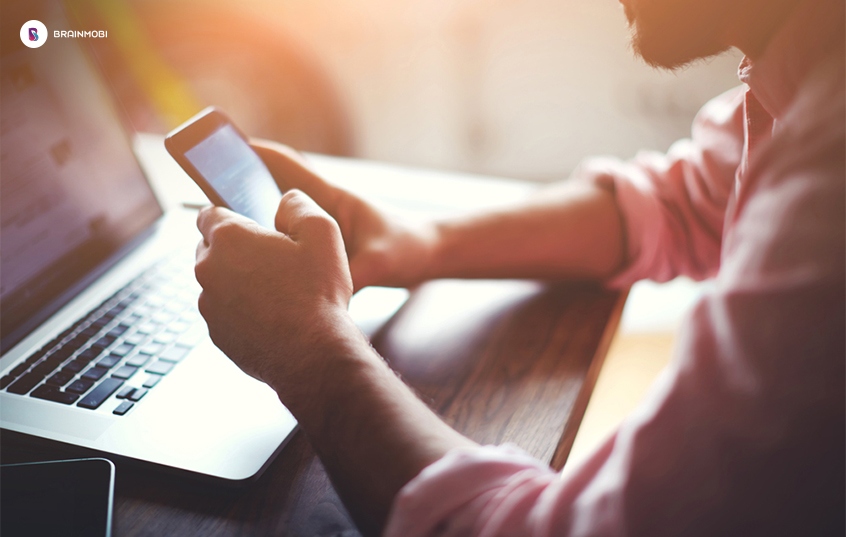 Fueled is the team of enthusiastic team of mobile app developers that bring incredible ideas to life. Based in New York, the team has also a team of well-versed, top resources that are known to formulate business strategies to give shape to brands and further strike the right cord to make that big a cut. From Startups to Big Brands, the team at Fueled has been the topmost priority to develop feature-rich and user-centric mobile apps.

Chat about your project with Fueled.

Founded by Amit Upadhyay and Sunny Arora, BrainMobi is the prominent choice for app development services. The work culture at BrainMobi drives over two factors: Excellence and Dedication. Headquartered in Noida, BrainMobi team is also well spread around the world including California, Germany and Qatar. Mobile experts at BrainMobi are well versed to formulate top-notch mobile apps that gain an edge over others available under the same category. Within a short span of time, BrainMobi team has built incredible buzz about their product and services.

Appster is the name that needs no introduction when mobile app development companies based in New York are considered for the service. The team at Appster is well versed to process mobile app development queries ranging from basic to futuristic. The team has been renowned to work on some of the most challenging tasks and deliver it with flying colors. In New York team holds a great reputation to build and deliver top-notch mobile apps.

The team Dom & Tom is known to deliver the best of mobile app development services with that winning edge over others. With an ambition to elevate every project to a great standard, Tom & Dom has a team that has been into the business of app development and has proved its worthwhile in the market. From recognition to accolades, the team is well sorted as one the best in the world along with New York.

Looking for a team that can foster brilliance across mobile app development services with great wit? You have Y Media Labs to evolve your idea into feature-rich mobile apps. Mobile apps that help transform your business strategy and make it productive to many folds. The professional team at Y Media Labs is located across the globe including New York and has been recognized as one of the best for mobile app development services. Y Media labs prefer a user-centric process while keeping crystal clear dialogues with clients and users throughout the process.

Gain an insight into their process of app development services, Y Media Labs.

TeahAhead is the team that is based in India but also serves in other parts of the world including New York. Their top-notch approach and well-defined services that make them an incredible choice for budding entrepreneurs and enterprises. Apart from ever-popular services, TeahAhead team is popular for professionalism and timely delivery of mobile apps and has collaborated with some popular brands around the world.

Know more about the team that is leading the emerging future.

OpenxCell, a New York-based leading app development company that is known to deliver nothing less than excellence. The team at OpenXCell is known to build incredible mobile app solutions for companies ranging from entrepreneurs to enterprises.  From entrepreneurs to enterprises, the team is known to render its services based on latest technologies like Augmented Reality, Artificial Intelligence, Virtual Reality, Internet Of Things and much more.

Have an idea that is based on one of such technologies, Give OpenXCell a call.

Alogowork team has gained popularity over the period of time on the account of top-notch mobile app development services while contributing to the evolution of mobile apps based on agile development approach. The team has been known to help budding entrepreneurs generate revenues while growing their business to many folds. From navigation to latest technologies based mobile apps. Algoworks is not left with any of the domain that has not been worked upon by the team. Algowork has a team with a number of mobile experts that have extensive experience in a number of mobile app development technologies.

Want to get more familiar with work culture of AlgoWorks, visit Algoworks.

Above teams are the best at the work they do and have well proven their worth with successful and popular apps that are loved by millions. Discuss your project with one of the best app development company that can justify your idea and can intact wonders to the whole app development approach.