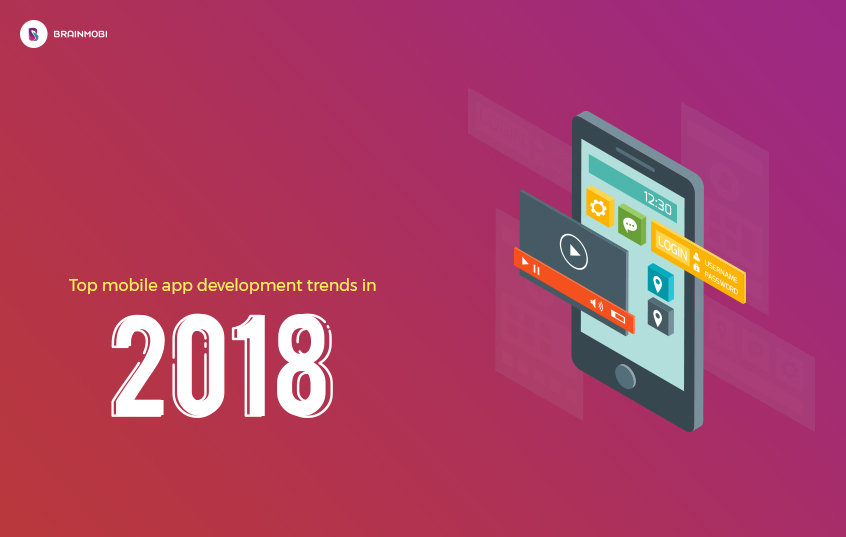 The mobile app ecosystem is arguably the biggest market in technology. Every small business and startup is now going for getting their mobile app built because as for now, it is a necessity if you wish to survive in the market. Earlier it was seen as an investment only big companies dared to make, but now its something that every business can go for since it is a lot less costly now to get an app developed than it was earlier. From startups to popular brands, everyone is using mobile apps for direct marketing, increasing sales, and for building brand awareness.

Wearable technology would continue growing. There would be a lot of focus on building scalable and mature wearable apps. In 2018, you would be seeing smarter smartwatches. Currently, smartwatches are used as supporting devices which amplify your mobile experience. 2018 would see smartwatches become rather standalone. They’re already pretty advanced, but in 2018 and the upcoming years, the smartwatches would become wholesome, complete devices. Wearable technology would help in managing other IoT devices. So chances are that you would be using your Apple Watch to control the temperature at your place.

This year, the mobile apps would become a lot more secure than they were last year. Since most of the online transactions are now made on mobile phones, there is a need for more mobile app security. We’ve updated you already about the major security overhaul by Google. And that is what would be one of the prime focuses of the mobile app development companies this year. With code encryption, reputed payment gateways, and secure back-end development, the app development companies would be stepping the game up this year.

Bots Would Take Over

No, it won’t be a Robot Apocalypse. Chatbots would take over the business fronts. According to Opus Research, by 2021, 4.5 billion USD would be invested in chatbots. We’ve already seen how good the weather forecasting chatbot, PONCHO, the financial assistant chatbot, ENO, and the doctor, MELODY have performed. And that is just scratching the surface. There have been some really successful chatbots on Facebook (almost every brand has their own chatbot) and many other mobile apps. Chatbots enable you to be available to your customers at all times which increases the loyalty of the customers. The more approachable you are, the more your customers trust you. In the 2018 and the years following it, more businesses would adopt the technology for improving sales and customer interaction, and for better engagement.

Did you really expect blockchain to be skipped out of the upcoming trends? This is one of the biggest trends in the mobility industry. Everyone wants to jump on the blockchain bandwagon with their blockchain based app owing to the unprecedented rise of Bitcoin, the cryptocurrency powered by the blockchain technology. It can be seen as an alternative to the traditional mBaaS systems. The buzz and hype led a lot of companies to develop their own blockchain based mobile apps towards the end of 2017. 2018 is expected to see a lot more of work being done on the blockchain.

BrainMobi is a leading mobile app development company which builds apps powered by the blockchain technology. Our team of experts has a proven track record of delivering next-gen apps. Send us your requirements at sales@brainmobi.com for a free quote!