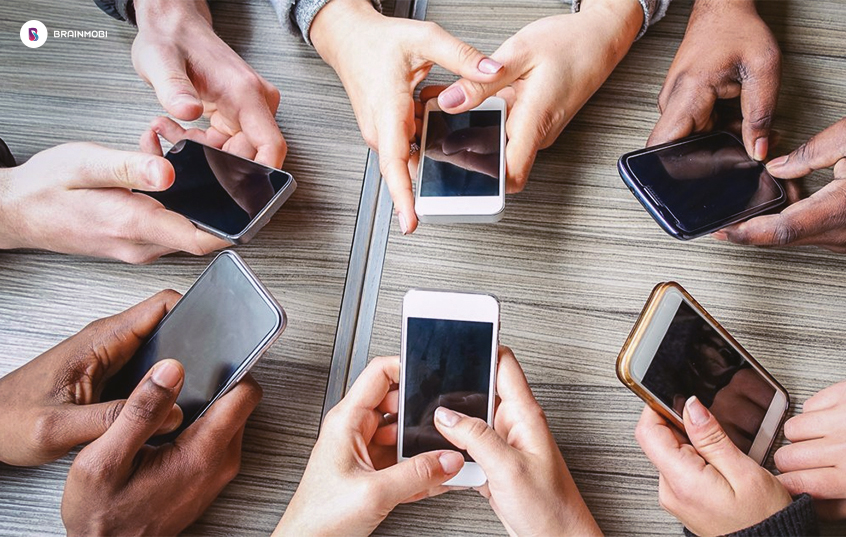 Hardware Testing: In this type of testing, we test the hardware including internal hardware, internal processor, resolution etc. This is commonly referred to as “Mobile Testing”.

Software Testing: In this type of testing, we test the functionality of the applications on mobile devices. It is commonly referred to as “Mobile Application Testing” or simply “Mobile App Testing”.

The type of mobile testing that we are interested in, for the sake of this blog, is the second one, mobile app testing. These are highly important since many of the negative reviews on app marketplaces are based on problems such as overuse of battery, network failures, and crashes. When done the right way, mobile app testing can significantly reduce the number of bugs in the app in the beta stage itself.

Let’s learn more about each of the aforementioned types of mobile app testing services.

Functional testing focuses on the functional behavior that the application exhibits. It is done to ensure that the application is working according to the requirements. The user interface and the call flows of the app are put to test in this type of testing. Functional testing is mostly automated and not manual since if it is done manually, it gets time-consuming as well as complex and exhaustive. However, some functionalities must be tested manually. The results of both the tests are combined to get a better result.

Memory leakage testing is done to ensure that there is no loss of data in the mobile apps. It is one of those issues that directly affect the performance of mobile devices. Transferring files may take a lot more time than it usually does, and the app may even switch off automatically due to a shortage of memory. There are various tools that are used for memory leakage testing.

Interrupt testing is the process of testing mobile apps to ensure that the functions are not interrupted while using the applications. The interruptions could be anything from incoming calls to network outage and low memory warnings. This test is vital to know how the app would perform in all of those situations. Apps must be able to go into a suspended state to hold these interruptions. Upon being freed of the interruptions, the apps must restart on their own.

Usability testing is the process of testing mobile apps in terms of flexibility, usability, and friendliness. It ensures that the app is easy to use and that it offers a suitable user experience to customers. This type of testing helps in improving the audience retention of the app and is hence very important.

Installation testing is the process of testing the installation, uninstallation, and updations of the app. This is done to ensure that these processes are carried out in the app without any interruption so that the user can install, uninstall, and update the app smoothly and flexibly.

All mobile operating systems provide inbuilt backup and recovery functions which help in saving or recovering all files or applications that were lost due to some reason. Operational Testing ensures that this process of backup and recovery works properly and responds as per the requirements of the customers.

Security Testing is the process of testing the network security and the application data to check that they are responding as per the requirement/guideline or not. Security is an important issue in every app and hence this type of testing is one of the most important types of testing.

BrainMobi has a team of top mobile app testers performing all of the aforementioned types of testing. We are one of the best mobile app development companies and we feel that it is very important to perform thorough tests to ensure that the app is bug-free. Connect with us at sales@brainmobi.com to fulfill your expectations with your dream app.

This is the first post of a series of posts which would give you some useful insight about mobile app testing services. So stay tuned for the rest of them, and let us know in the comments below if you found this useful!