What Makes Bootstrap An Essential Framework For Web Application Developers 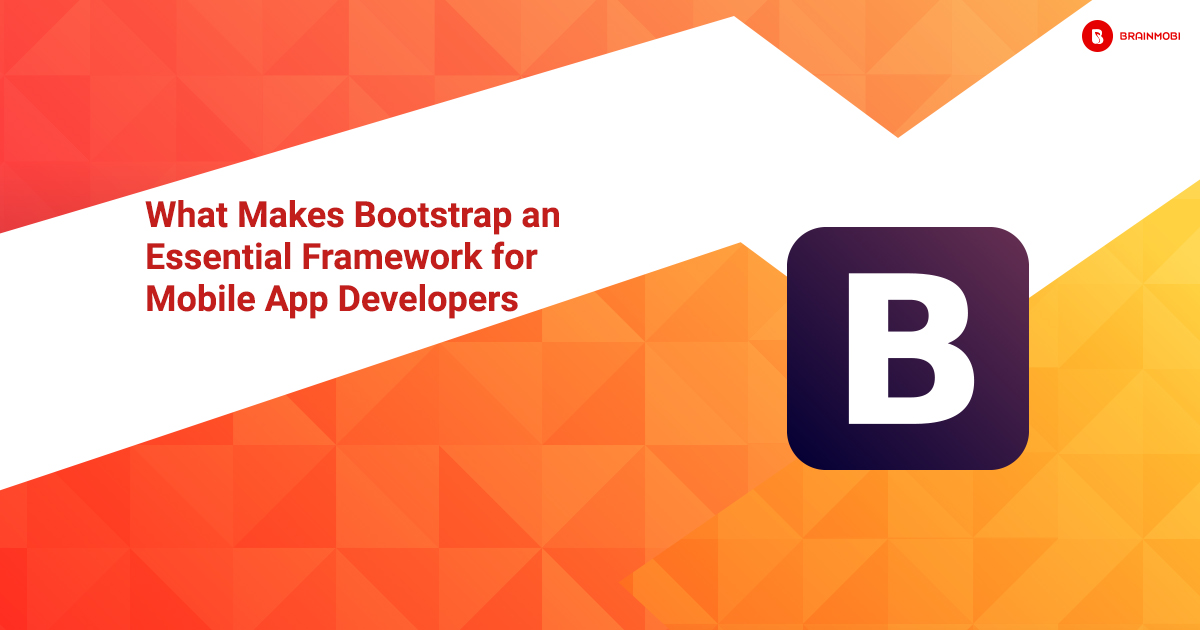 With a great expansion in E-Commerce and M-Commerce sectors, developers market now demand a new standard which requires quick building of web applications. Bootstrap is that latest accepted standard in front end framework that facilitates quick and easy creations of frontend for websites and web applications. It consists of a CSS framework and is written in LESS. Bootstrap consists of predefined classes that is used to develop frontend of webpages. This gives easy cross platform and cross browser compatibility and saves a lot of time. This why any top web application development company would definitely choose to adopt Bootstrap. Let us explain to you other few advantages Bootstrap can offer

Bootstrap gives you access of the entire framework and you can go ahead and start using the predefined bootstrap classes without its markup. However it is essential the designs use the default bootstrap framework grid if they require to be converted into a markup. As for developers who are accustomed with CSS, Bootstrap lets you use LESS files as well and incase you dont, you can use plain CSS files as well.

Bootstraps elaborate documentation provides great support to any new developer trying to learn bootstrap. It consists of various examples and demos which very clearly explain the concept and can help you get accustomed to it in the shortest span of time. Besides the documentation there is a strong community that is always present to support any further queries and answer any questions that may arise.

The end result of bootstrap is compatible and uniform across all platforms. It gives you no reason to worry about any compatibility issues in regard to internet explorer, google chrome, Firefox, ios or android and gives you the same performance regardless of the platform. Bootstrap was mainly developed with the idea to give developers a centralised development code.

Bootstrap consists of almost a dozen javascript plugins pre-developed and pre equipped for the developers use. The various functions which are frequently used in most of the websites are a constituent of the javascript libraries of Bootstrap. It is very easy to use and customize them and include mostly Tabs, Scrollspy, Tooltips, Buttons, Popovers, Alerts and similar others.

Bootstrap has proved to be very flexible for developers. It is mostly a CSS framework that consists of predefined classes for layout once again making extensive use of the responsive grid along with along with CSS components and javascript functions. These are pre-included and the developer has the flexibility and freedom of using those particular classes that are required in the markup. This greatly adds to the flexibility.

The bootstrap development team has a reputation for working straight to the solution of the problem they encounter. This is fetched from the fact that they release more updates than any other framework. This way you are assured of the fact that you are working with the latest tools and practice methods and keeps you updated with the overall progress of the community. This also enables a wider range of cross browser and cross platform compatibility.

I hope this blog helped you get an idea of what benefits Bootstrap can provide for your development project. Here at Brainmobi we have a rich and experienced team of Bootstrap developers who can give your front end the kind of touch your web application deserves. This is what makes us one of the best bootstrap application development company in the world. If you got the idea for a web application or web project feel free to write to us at sales@brainmobi.com .